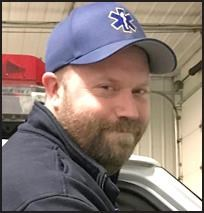 Steve was honorably discharged in 2015.  He then earned his EMT certification, and began working at Paramount Ambulance in August of 2017, a job he loved. Shortly after, he joined the Peosta-Centralia Fire Department as a volunteer. Steven was in an ambulance on the way home from transporting a patient to Chicago when it struck a semi-trailer.  Steven was pronounced dead at the scene.  He is survived by his wife, Krysta; his children, Kaden, Rilan, Nolan and Gracen; and his parents, Dan and Lugene Werner, of Cottage Grove, MN.

Steven will forever be remembered as a true hero who answered his final call doing what he loved to do.