Families of the Fallen, Inc. has partnered with the management and owners of the Country Thunder Iowa Music Festival where our heroes are honored and their legacies remembered. The families of our Honored Heroes receive an all-inclusive experience at the Country Thunder Music Iowa Festival held in Forest City, Iowa. While at the festival the families of our Heroes can connect with others that have suffered a similar loss, while being surrounded by other living service members in a patriotic setting. 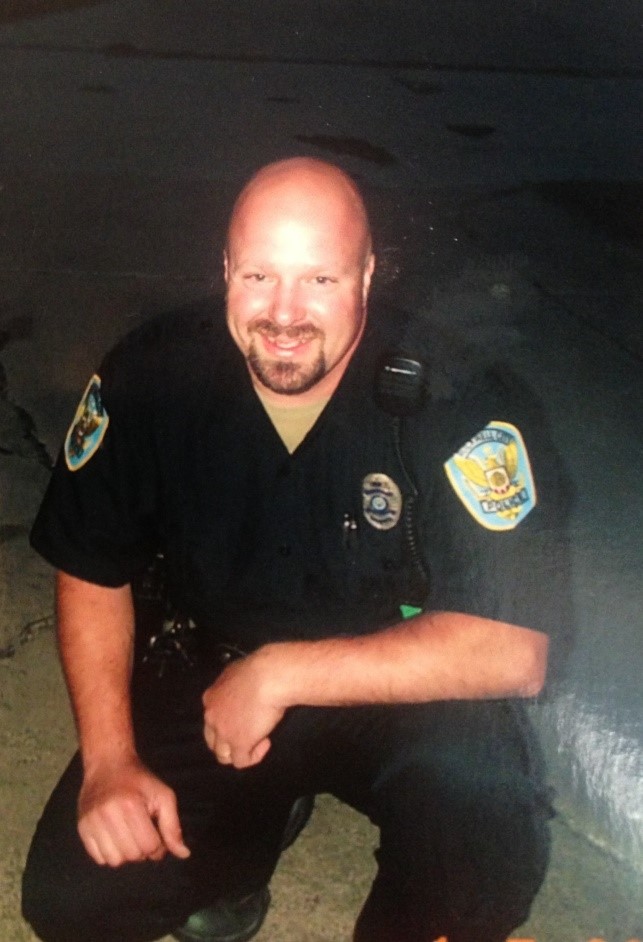 Jamie worked for TCI cable and AT&T cable prior to his career in law enforcement. Jamie always had a passion for law enforcement and joined the underwater search and rescue team in 1997.  A couple years later he launched his law enforcement career when he was hired with the Lake City Police Department. Officer Jamie Buenting served with the Rockwell City Police Department for 8 years but had a total of 12 years of Law Enforcement service.  Jamie’s other career accomplishments included being a member of the Regional Special Emergency Response Team, a certified Firearms Instructor through both the Iowa Law Enforcement Academy and through the NRA Law Enforcement Division.  Jamie also owned and operated Iowa Firearms Safety & Tactics. On Thursday, September 12th, 2013 Officer Jamie Buenting and other officers responded to a residence where a subject wanted on felony warrants was believed to be located.  This subject refused to exit the home and barricaded himself inside.  After about a 4-hour standoff this subject fired a single round striking Officer Buenting, killing him.  The subject remained barricaded and ultimately surrendered.  He was convicted of 1st degree murder and is serving a life sentence in prison.  Officer Buenting left behind his wife Amanda, his son Ethan, and his daughter Kalie. The family of Officer Jamie Buenting will join the families of Army Specialist Dustin Colby, Keokuk County Deputy Eric Stein, and Naval Chief Petty Officer Jon T. Tumilson to be honored at the Country Thunder Iowa Music Festival that will take place in Forest City, Iowa June 11th thru 13th, 2022. Thank you for your service to our country and for your sacrifice Officer Jamie D. Buenting. May God bless you and may you rest in peace. 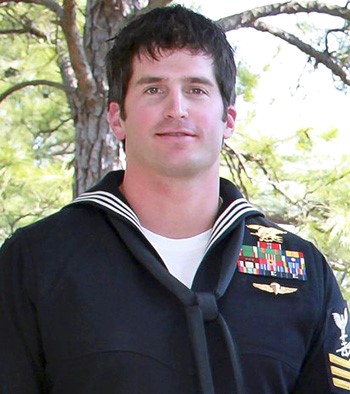 Jon was a Member of the elite fighting group known as the Navy Seals.  Jon served in numerous deployments with the Navy Seals and earned two Bronze Stars for his heroic achievement in a combat.  It was always a dream of Jon’s to serve his country.  When he was 15 years old he wrote a school paper detailing his plans to spend a 20 year military career serving as a Navy Seal.  Sadly, this dream was cut short on August 6th, 2011 when the CH-47 Chinook Helicopter he was riding in was shot down in Wardak province, Afghanistan, killing all those on board. He was returned home and laid to rest in Rockford, IA with full military honors. Thank you for your service to our country and for your sacrifice Chief Petty Officer Tumilson. May God bless you and may you rest in peace. 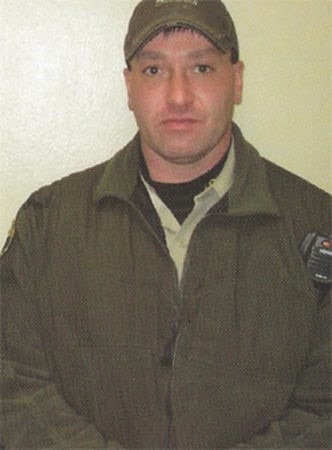 Eric Stein served 11 years as a Deputy Sheriff with the Keokuk County Sheriff’s Office in Iowa.  He had obtained the rank of sergeant on the department.   Eric’s other achievements include certifications as a Clan-Lab Officer, EMT/PS, firefighter, active shooter, crucial response team, as well as a critical advisor for the Keokuk County Narcotic issues. Eric had many hobbies to include rodeo activities, but his favorite activity was being a father to his daughter Shelby. On April 4th 2011, Sgt. Stein and two other members of the Keokuk County Sheriff’s Office went to a rural address in Keokuk County to question a man about an incident from the previous night.  This coward open fire on the Deputies and Deputy Stein was shot and killed. The family of Deputy Stein will join the family of Naval Chief Petty Officer Jon T. Tumilson to be honored at the Country Thunder Iowa Music Festival that will take place in Forest City, Iowa June 11th thru 13th, 2022. Thank you for your brave service to our country and for your sacrifice Sgt. Eric Stein. May God bless you and may you rest in peace. 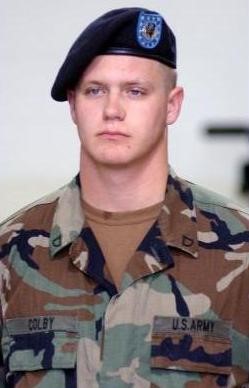 On August 27th, 2004 Specialist Colby was part of a convoy that was departing Camp Dodge, Iowa, bound for Ft. Hood, Texas for training that would prepare the unit for deployment to the Middle East in support of Operation Iraqi Freedom.  Shortly after departing Camp Dodge the tractor trailer that Spc. Colby was traveling in wrecked, tragically killing both soldiers inside.  Spc. Colby left behind a 4 month old daughter. Dustin Colby is remembered by his mother as a person that could change the mood in the room, simply by his presence.  His infectious smile and charm were his most shared gifts and had a positive effect on those around him.  Colby joined the Iowa National Guard because he wanted to make a difference in the world, he wanted to do good. The family of Dustin Colby will join the families of Keokuk County Deputy Eric Stein and Naval Chief Petty Officer Jon T. Tumilson to be honored at the Country Thunder Iowa Music Festival that will take place in Forest City, Iowa June 11th thru 13th, 2022. Thank you for your service to our country and for your sacrifice Spc. Dustin Colby. May God bless you and may you rest in peace.